Venerable Nayaka Pundit Meegahakumbure Dhammagavesi Thera is the Chief Incumbent of Sri Lanka Buddhist Vihara – Lankarama , Schofield , Sydney – NSW and The Pradhana Sangha Nayaka (Chief Prelate) of the Malwatta Chapter of the Siamese Sect in Australia. He has been serving the Buddhist Community from the very early stages of Lankarama, which was established by SLVBA. It is important to record that he took untiring efforts with the SLVBA for the development and expansion of its services to Sri Lankan and other communities in Australia.

Venerable Dhammagavesi’s knowledge and understanding of Buddha Dhamma is excellent. As an erudite monk he helps the needy very willingly when required. He is a good counsellor and he is capable of creating an environment for the devotees to find solutions to their problems in order to lead a peaceful life. This fact is much valued by all devotees, small, young and old.

While he was doing his schooling in his young days he got the opportunity to enter the university to qualify as a lay professional. Yet he relinquished the opportunity of joining the University and decided to become a monk with the blessings permission of his parents. In 1981 he ordained as Meegahakumbure Dhammagavesi under Most Venerable  Ampitiye Mangala Nayaka Thera, Chief Incumbent of Madakada Forest Monastery, Ingiriya Sri Lanka, who is also the present  Deputy Chief of Monastery Monks division of Malwatta Chapter of Siam Sect of Sri Lanka. Now Venerable Dhammagavesi has completed 31 years as a Buddhist Monk.

In 1982 he entered the higher ordination and moved to Sri Vajiragnana Dharmayatanaya to study Buddha Dhamma under the guidance of most Venerable Madihe Pannaseeha M    anayaka Thera. Further to this he expanded his horizon of learning of Dhamma by completing as a Teacher of Buddhist Discipline for Monks at Vidyodaya Pirivena of Sri Lanka. In 1989 he completed the Royal Pundit examination conducted by the Department of Examination and Sri Lanka Chapter of Royal Asiatic Society for Oriental Studies.

In 1991 he moved to Australia with blessings of Venerable Pannaseeha Mahanayaka Thera for Buddhist missionary and religious work with Venerable Gangodawila Soma Thera at Springvale, Victoria.  In 1992 he moved to Sydney to lead religious work at Lankarama at the request of SLVBA. The establishment of a complete Buddhist Temple at Schofields is very valuable testimony, for his contribution towards the propagation of Buddha Dhamma in Australia.

To make his services beneficial to all Australians he studied English methodically and it has helped him and the community very much.  Now he also holds a Bachelors Degree in Social Science from the University of Western Sydney. He has written more than twenty books in Sinhala and English on Buddha Dhamma.  He has extended his services to other States and Territories of Australia and other countries as well.

In recognition of valuable services of propagating the Buddha Dhamma in Australia and Sri Lanka, the Venerable Maha Nayaka Thera of the Three Sects, in association with the Cultural Department of Sri Lanka, conferred the honorary Salutation of Vishwa Keerthi Sri Saddhamma Wagishwara Lokaththachari in December 2002.

Further, in recognition of the venerable Thera’s unparalleled service to ‘Buddha Sasana’ (Buddhist Order), commendable role in the spread of Theravada Buddhism and his earnestness and tremendous efforts in the protection, preservation and enhancement of Buddhist cultural values, traditions and practices in Australia since 1992, invaluable social, cultural and educational services to the wider Sydney Community along with ambitious leadership and stunning effort to bring much fame to Sydney Lankarama Temple, the Malwatta Chapter of the Shyamopali Maha Nikaya has awarded the Thera with the religious leadership status and honorary title, ‘Pradhana Sangha Nayaka’ (Chief Prelate) of the Malwatta Chapter of the Siamese Sect in Australia’ on 6th July 2013.

May the Triple Gem bless Ven Dhammagavesi to continue Buddhist services to the community for many more years to come. 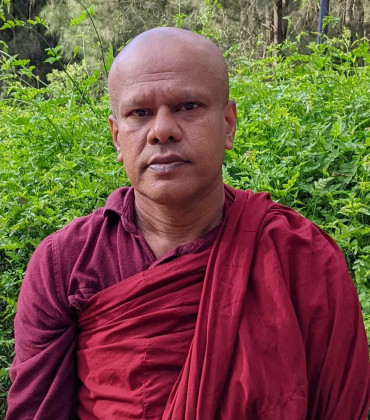 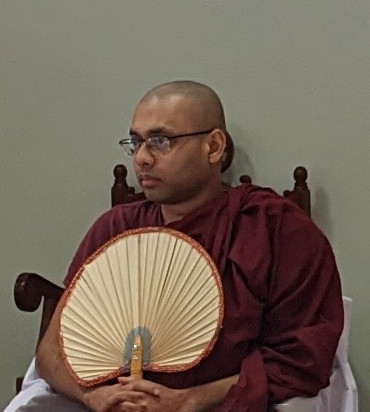 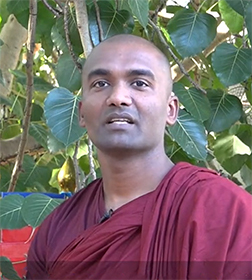